In the last decade, technology has continuously evolved and one such impactful development has happened in the domain of Virtual Reality. It is needless to say much hype has been created in recent years about this technology.

Known for popular use in the gaming industry this cutting-edge technology is now getting quite an attention in other industries such as education, healthcare, entertainment, fashion, military, engineering, media, sports, telecommunications, and many more.

The recently introduced trend of virtual reality headsets accelerates this technology. However, the past has demonstrated that hardware and connectivity frequently have tended to lag what app developers wanted to achieve the desired user experience. However, it is not an easy job to create great VR applications.

Developers encounter several obstacles, some of which are harder to solve but somehow companies are working to resolve them. Irrespective of the big buzz and investment around these technologies, the business of virtual reality is still in its initial stages.

There are some major challenges faced by businesses when creating high-quality applications of virtual reality so let’s talk about them.

High development cost is one of the main obstacles in the development of a Virtual Reality application. A basic virtual or augmented reality e-commerce development will cost between $15-25k. Furthermore, headsets are another aspect of the issue.

Some basic VR headsets are more costly than the average accessories of smartphones like cover and headsets. The expense of creating a VR application largely depends on integrating optics with high accuracy and it takes a large volume of investment.

However, it’s only a matter of time, when the technology advances and developers gain a deeper understanding of producing the products that raise the demands of VR products so that cost spend can be recovered.

VR is simple to market to “gamers” but it is not commonly regarded by the public as a viable product. One of the top reasons is that many people don’t know what VR can do. However, this obstacle can be overcome by marketing and creating awareness of virtual reality and its technologies.

Another way to handle it is to encourage people to explore it by themselves. It seems that the days are still far off when people use VR headsets for anything other than games.

The biggest challenge with modern devices like smartphones and tablets is incompatibility. The technology used in smartphones to take images and videos is not the required content that interfaces with VR.

Besides, this technology is very bandwidth-intensive. Although high-end computers are certainly designed for it, they are still too expensive to be used.

For VR implementations, a power-based constraint is the most apparent obstacle. Batteries have their limits and you must keep in mind that VR / AR (or other graphics-intense) applications use high levels of power.

This implies that during the design period of an application, these limits must be taken into consideration.

Cybersecurity and data protection in any sector is a sensitive matter. Since the technology is new, it is highly critical for the VR industry to come up with an effective solution.

Improper encrypted user data submitted as part of the registration and payment procedures to virtual reality creators and related device applications have more risks of a data breach. Furthermore, another possibility of the hacking of records and other private information when products are in service can do lots of damage.

The smallest negligence will lead to severe privacy concerns for users and it could lead to less or no approval of the audience or trust of an investor.

Though developers are continually modifying the condition and taking precautions according to known threats, still many are unknown in VR.

The effects of VR on human health are still unknown and are a topic of great debate. One of the critical issues in the growth of the whole industry is how VR gear affects health.

Generally, initial findings have found that most adverse health impacts are short-term, with no permanent effect on the user but the long-term effect of virtual reality is still unknown.

VR is a great new technology and there will be a wide commercial base for all variations in virtual reality in the long term. The fact that many giant techs & mobile app development companies recognized its worth and its promising future.

Developers are working tirelessly to overcome these challenges, it is just a matter of time to get a better understanding of the techniques to carry out the products in the market that will make VR grow. 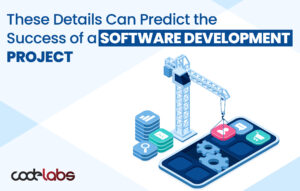 These Details Can Predict the Success of a Software Development Project

How Software Technology Can Help You Grow Your Business

Saqib Arshad May 20, 2022
PrevPreviousHow to manage deadlines in Software Development
NextCMMI – A model for organizations for process optimizationNext